On the Russian energy-saving market, the engineering company Teplocom has been well-known for manufacturing durable PREM electromagnetic flow meters and VKT heat meters for many years. The company is also highly regarded for its genuine concern for its employees, as well as for its ability to maintain a high standard of workplace safety and training. The new joint venture of Teplocom, Varwin and HTC addresses complex issues in all of these areas.

The main challenges of the Teplocom 2.0 project

The installation of equipment produced by Teplocom requires a high level of technical expertise. Further hurdles come from the peculiarities of the locations where the devices should be installed: often, this will have to be done in the basements of living quarters and other hard-to-reach areas with limited lighting. Hence, it is extremely important for Teplocom to have its engineers undergo full immersion training before working on a real site. This was the first call within this project.

The second challenge was to present Teplocom’s new product in such a way that its value and functionality would be evident to prospective customers.

Furthermore, our company has often come across the misconception that our VKT9 heat metering units are complex in their internal structure. As such, we decided to visually refute that erroneous belief using a three-dimensional model of the device,” Maria Korobanova, Head of Marketing at Teplocom, said.

As a result, the Teplocom 2.0 project consisted of two parts:

How to upgrade a training simulator for engineers using VR

The VR simulator, developed as part of the Teplocom 2.0 project, does more than merely simulate the sequence of steps required to install heat sensors. It includes a large number of interactive elements that provide insight into how devices are installed and arranged.

For example, an engineer is able to use a magnifying glass to examine VKT-9 and its circuit board more closely.

Another unusual UI element in the project is a wristwatch that functions as a navigation device between different locations. When the users put the watch on, they gain access to the virtual menu and can travel from the basement to infinity, as well as examine the three-dimensional model of the VKT-9 device in great detail from any perspective. 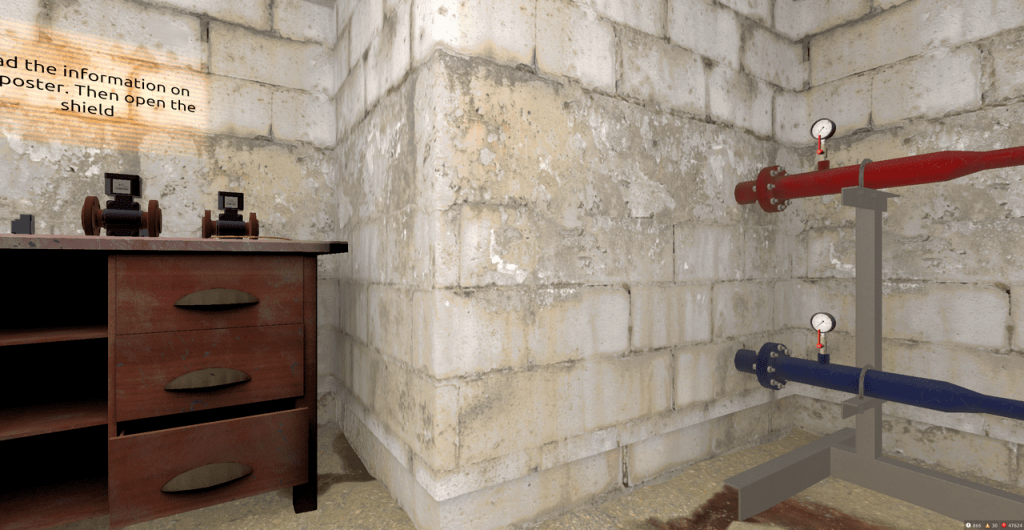 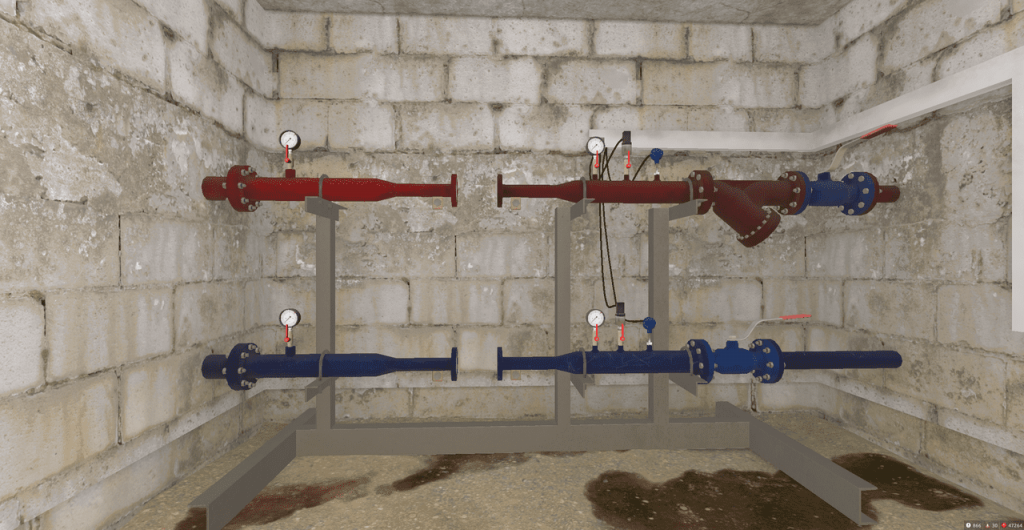 The Teplocom 2.0 project features a high level of detail and an abundance of visual effects. Thus, Varwin’s developers and Teplocom’s specialists chose to build it using the HTC VIVE virtual reality system: it is flexible and universally compatible in terms of design, development and integration. The ergonomic HTC VIVE Pro headset is also easy to adapt to as it feels comfortable right from the start and is designed to reduce eye strain.

In the second phase of the project, the training simulator for engineers was enhanced to showcase a solution for demonstrating a new device from Teplocom — the VKT-9 heat meter — in infinite space. 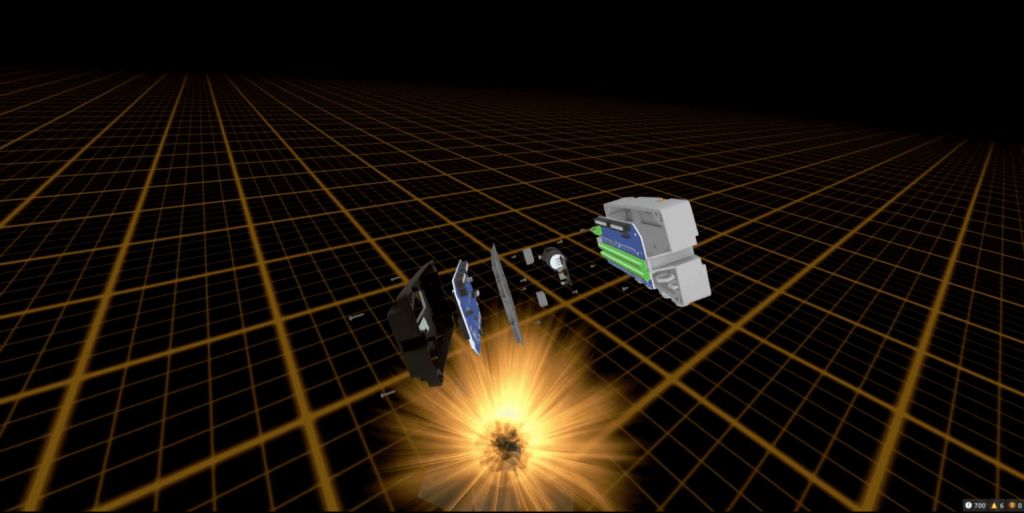 Using the wristwatch and the HTC VIVE Pro headset, the user is transported to a notional world, where the device can be disassembled and inspected from inside and outside in the tiniest detail.

Varwin’s 3D specialists developed a three-dimensional model of VKT-9 using an illustrative example: Teplocom sent the developers a model of the physical device. This is how its high-precision digital twin appeared. Potential customers will be able to test it at exhibitions, corporate presentations, and industry events. 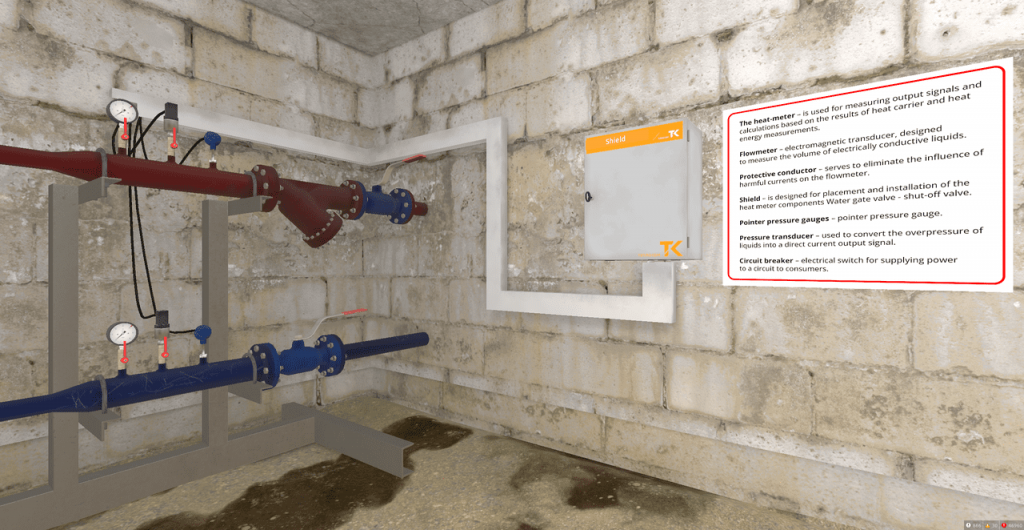 In addition to high-quality visualization with a wealth of special effects, an accurate transfer of a large-scale physical object into the virtual world has also been achieved. Given the complexity of the technical component, the project requires a powerful computer and professional-grade VR headset. HTC VIVE Pro features sufficient characteristics to provide stable tracking of objects and fully convey the nuances of the desktop displayed visualization.

The development of the Teplocom 2.0 project, which included the training and demonstration components, took less than three months in total.

“Overall, it took 278 hours to assemble the project on the Varwin VR platform and to hand over the final product to the client for editing,” — Vlad Lobanovsky, Project Manager at Varwin, added.

As a result, engineers from Teplocom gained the opportunity to practice installing VKT-9 without going to the physical site: the algorithm of actions is simulated in detail in a virtual basement. Immersive VR training enhances safety as well as saves time and money in the long run.


In addition, a detailed three-dimensional model of VKT-9, created within the framework of the project, is intended to assist Teplocom in solving the following tasks:
Teplocom plans to keep building virtual 3D models of its devices independently in the future to enable various specialists to do their tasks more efficiently, faster, and safely. New VR models will reflect the entire life cycle of equipment over a 12-year period — from manufacturing and installation to maintenance and repair.